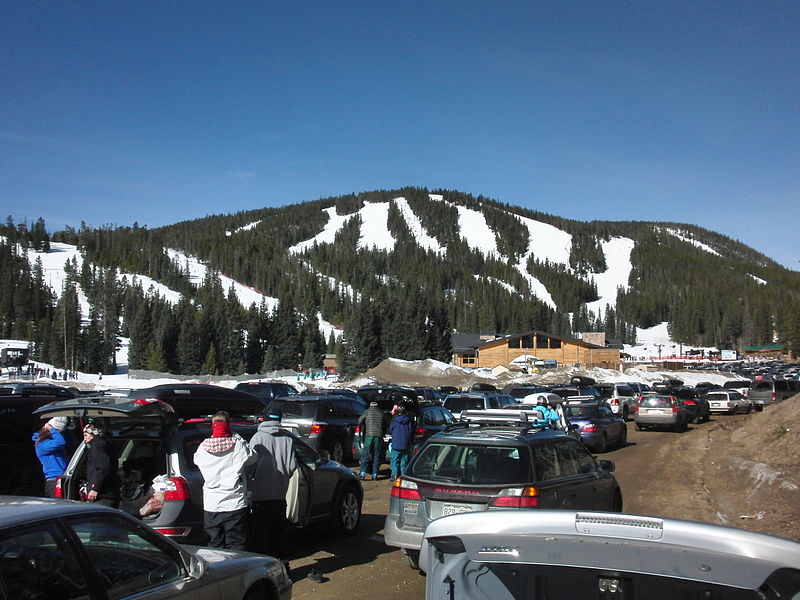 As mud season hits and westerners began dreaming of warmer days, the future of Eldora Mountain Resort appears to be a little more hopeful as concerned locals are now working with the resort’s owners and U.S. Forest Service in resolving what potentially could have been yet another chapter in fight over ski resort development on public lands. A fight brought further into focus with the rising tensions over the management and use of public lands throughout the West.

Last fall, Nederland resident Betty Bass contacted me by phone. Concerned over the Forest Service’s impending decision about the small ski area’s proposed plan to add several hundred acres and improve its facilities. In that first conversation, I had not been too encouraging about her hopes on halting the expansion, but wished her luck. Like many of us, Betty was not opposed to some of the ski area’s improvements. She and her family loved skiing at Eldora, considering it a perk of living in the funky little mountain town known more for its annual Frozen Dead Guy Day celebration than as a tourist Mecca.

Betty, along with several other locals, was worried that the ski area’s proposed construction would attract more skiers and snowboarders to the area, negatively impacting the local environment and economy. Now it seemed she and others would have a greater voice in the ski area’s future. It was a surprising development, particularly given the history of ski resort development throughout the West over the past half century.

Expansion is often a four-letter word when discussing ski resorts. This was certainly the case concerning Eldora Mountain Resort. The windswept ski area has long been the favorite of a small number of Colorado skiers unwilling to brave the bumper-to-bumper traffic clogging I-70 every winter weekend. Yet, over the past several seasons, Eldora’s growing popularity stretched its aging lifts, parking, and facilities to the brink. Overwhelmed and in need of serious investment to meet this growing demand, the area announced plans to modernize its ski lifts, add an on mountain restaurant, and yes, add roughly ninety acres of new terrain.

From there the story began to take on a familiar narrative. Needing Forest Service approval, Eldora worked with the local district office to conduct an environmental impact statement. Locals voiced their opposition to any expansion of the resort, fearing the impacts they would have on their community. Environmental groups soon joined the fray, along with Boulder County, condemning any expansion, arguing that it would have a profound effect on the area’s ecology and community. Such fears seemed to be confirmed, when, last February, the Forest Service released its Draft Environmental Statement approving Eldora’s expansion, leaving many opponents to begin considering bringing a lawsuit against the ski resort.

This is a well-rehearsed script. For the past several decades, ski resorts have sought to grow in order to meet our insatiable hunger for more terrain, faster chair lifts, and better amenities – all of which help grow their bottom line. Faced with growing public demand, the Forest Service is locked into a legal structure that requires it to seek ways in which to mitigate rather than halt development. Critics bemoan the loss of local character, sky rocketing real estate costs, and environmental impacts such recreational development brings.

But that is where Eldora’s story began to differ. While approving the upgrade of two chairlifts, expanding snowmaking operations, the construction of the new Challenge Mountain lodge, and the addition of 182 acres already within the current ski area boundary, interim Forest Supervisor Ron Archuleta deferred the most controversial component of the plan – the expansion of the ski area beyond its current boundaries to include an additional eighty-eight acres. Instead, Archuleta called for all parties to work collaboratively to resolve all “environmental and social issues.”

A week later Betty gave me a ring and asked for my thoughts. Dumbfounded, I noted that such decisions are far from typical historically, and meekly encouraged Betty that she and all of those concerned seize the opportunity to build a consensus over the future of Eldora. In truth, the final decision on Eldora’s expansion remains the Forest Service’s hands.

This decision could have ramifications much further than just within Colorado. As continued numbers of skiers and snowboarders flood the West’s ski resorts, such constructive conversations between concerned groups may help settle, or at least defuse, bruising legal fights over proposed ski area expansions such as those at Arizona’s Snow Bowl and Utah’s Park City, to name just two.

Perhaps giving equal weight to preserving local communities when considering expanding our ski resorts will help us achieve the greatest good for the greatest number in the longest run. After all, this is not a simple “them” or “us” issue. Rather, it is conversation that involves all of us and the future of our public lands. In light of recent events in Oregon and the Representative Robert Bishop’s stalled (failed) public lands initiative, it is clear that the future of the West’s public lands remains an emotionally charged issue, one in which we are all culpable in pushing our own agendas. Like many concerned over the implications of ever-large resorts built on National Forest lands, I anxiously checked my mailbox every evening last fall for my new season pass. How we meet these seemingly contradictory impulses deserves some thoughtful conversation. Maybe the conversation over the future of Eldora can provide a little direction.

0 comments on “Eldora Ski Resort and A Hopeful (?) Future for Public Lands”