This month I share the first edition of Hutchings California Magazine. Published in 1856, it was among the first publications to introduce the beauty of the Yosemite Valley to America, marking an important moment in the creation of Yosemite National Park.

James Mason Hutchings first entered the Yosemite Valley on July 5, 1855. After hearing a few scattered reports from former members of the Mariposa Battalion, who had entered four years prior in search of a band of Ahawhnechees they believed to be responsible for a series of attacks along the Merced and Fresno rivers, the British born publisher knew that he had to see the valley for himself.

Hutchings was not a casual tourist merely pursuing aesthetic rewards. Rather, if the valley was as stunning as reports claimed, then it make an ideal story to launch his monthly magazine portraying California’s “beautiful scenery and curiosities.”

It was with this in mind that Hutchings set out from San Francisco in June of 1855 with close friend and artist Thomas Ayers. After several weeks of misadventure in the mountains surrounding the mining town of Mariposa, the men hired two Ahawhnechees guides, who led them to eastern entrance of the Valley.

Hutchings and Ayers spent several hours at what would become known as the Old Inspiration Point during which Ayers time sketched his first drawings of the Yosemite Valley and Bride Veil Falls. The group then made its way into the broad glacial valley, spending days exploring its waterfalls, lakes, and towering granite domes.

Immediately upon their return to Mariposa, Hutchings published a short article on the group’s experiences in the local Mariposa Gazette. Hutchings revisited Yosemite the following year in the first edition of Hutchings’ California Magazine. (See below for the original article)

Hutching’s article was first and foremost meant to publicize the Yosemite Valley by tapping into antebellum understandings of nature and race. By the 1850s, aesthetics played an ever-important role in how Americans’ viewed and valued nature beginning with creation of New York’s Central Park in 1853 through the publication of George Perkins Marsh’s Man in Nature in 1864. American’s views of Natives were equally complicated, from that of noble savage to violent rival.

Hutchings canonization of Yosemite Valley’s origin myth, from its discovery by early Anglo travelers to the tragic removal of the Ahawhnechee, provided a needed narrative for tourists to understand and experience the truly sublime valley. Within a decade, a trip to Yosemite became nearly obligatory to affluent travelers touring California, despite its relative isolation and difficulty in reaching the Valley.

The article also included illustrations by Thomas Ayers, who returned to Yosemite in 1856 to draw a number of new sketches, which he exhibited in New York’s American Art Union. Sadly, Ayers’ died in 1858 during a return trip to San Francisco when the ship on which he was traveling sunk, killing all aboard.

Though not the first visitor to the valley, Hutchings deserves credit as the valley’s first promoter. His article offered a vividly detailed description of its natural wonders and inspired other parties to visit later that summer. Horse trails soon penetrated the forest and widened the footpaths that generations of Native Americans had used to access the valley.

By the fall of 1855, forty-two whites, in four separate parties, had journeyed to the valley. Within a year of Hutchings’s first trip, increased visitation resulted in the establishment of a campsite below the valley on the Merced River. From there, Yosemite’s popularity, along with the nearby grove of giant Sequoia later named the Mariposa Grove, continued to grow leading to the passage of the Yosemite Grant in 1864.

Hutchings would become the first year-round resident of the Valley, setting up a rather rustic hotel for visitors and hiring the young Scottish immigrant John Muir to run a small lumber mill at the base of Yosemite Falls. After a prolonged legal battle over whether or not he was entitled to 160 acres on the valley floor, Hutchings was evicted from the Grant in 1875.

Historians have long cast Hutchings as a greedy booster who sought to exploit Yosemite for his own selfish interests against those who wished to preserve the Grant’s natural wonder. Yet, as historian Jen Huntley points out in The Making of Yosemite: James Hutchings and the Origins of America’s Most Popular Park, Hutchings’s career illustrated the integral connection between tourism and conservation during the mid-nineteenth century. In truth, his role in preserving Yosemite only six years after the discovery of gold at Sutter’s Fort, during a time of intense national upheaval over slavery and the future shape of the American West, is nothing short of miraculous. 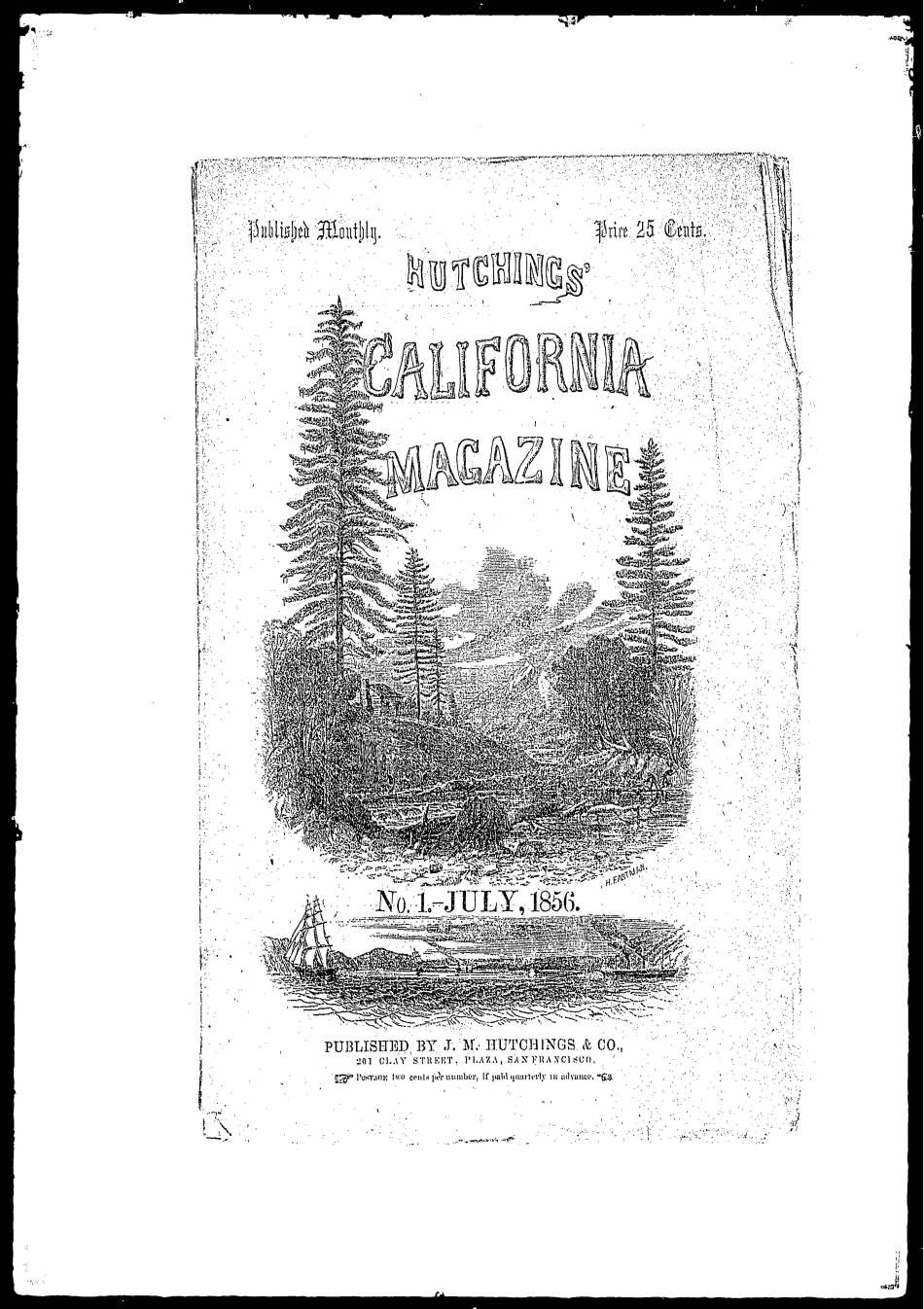 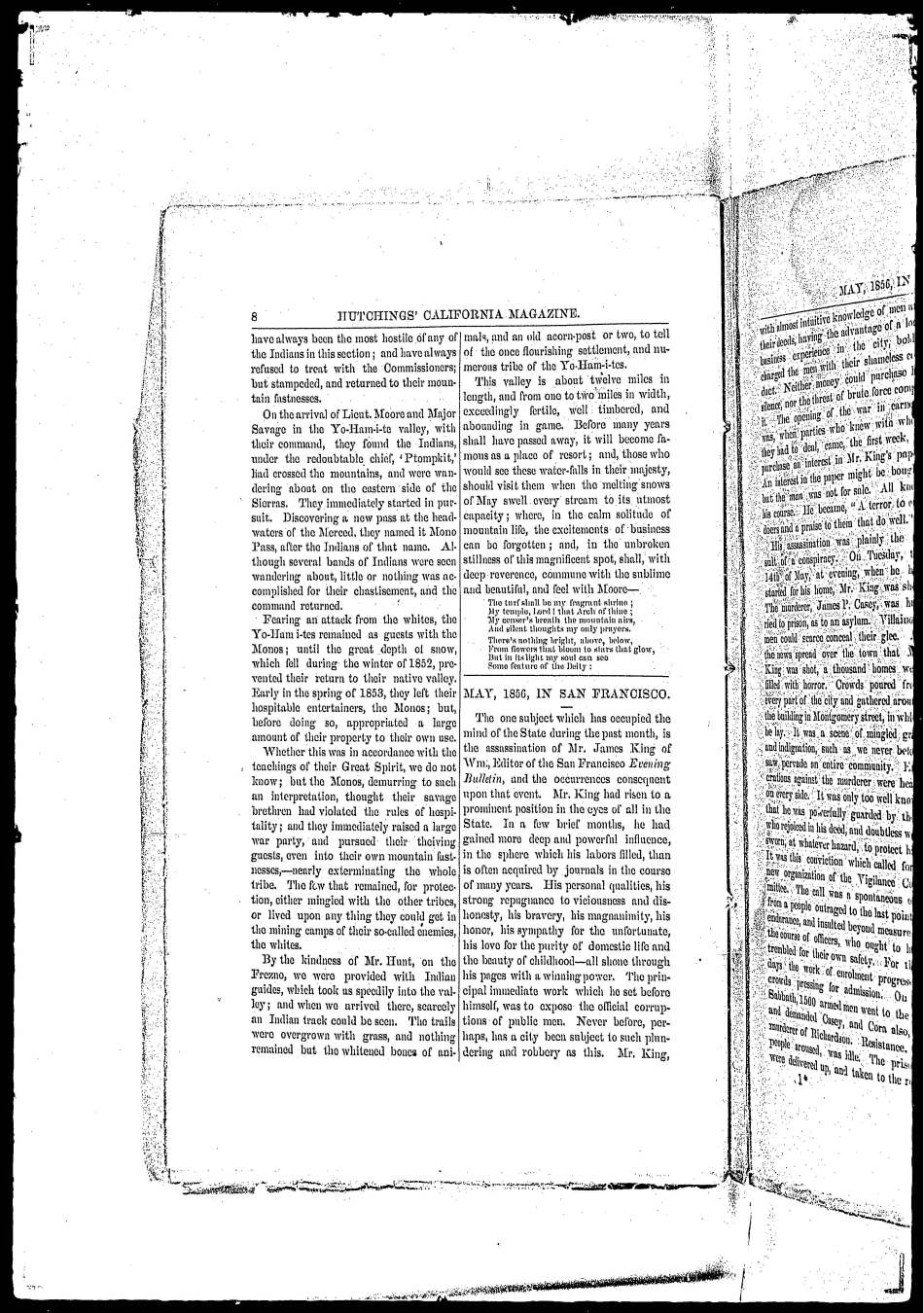