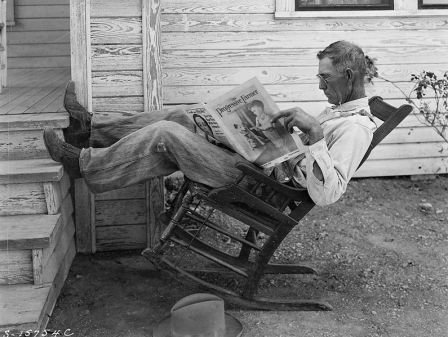 The calendar tells me that it’s the end of January, but their is barely a speck of snow visible through the window in my office. Grass in winter seems alien, like a moose in Utah. I saw my first moose in the Boundary Waters of Northern Minnesota. For me, they are swamp creatures. They are overly large, top-heavy, swamp and forest dwellers. They have no place in the mountains. I can’t properly place them here. I know I am wrong about this, but I refuse to believe that moose naturally exist in the West. I’d be less surprised to see a giraffe.

But, with the turning of the calendar page the weather here in the Wasatch is changing as well. There are some storms lined up, which may blow the pollution out of the valley. My own gaze this last month has turned back to the haze covered Salt Lake Valley, and perhaps this week’s suggestions reflect that. We start local and grow in scale this week. Though, I suppose there’s also a discernible movement from the city to the countryside. Hopefully you’ll find your own meaning here.

“Inhabiting Emigration Creek: Notes from flight 567 | Emigration Creek Environmental Consortium” – I admit that this is a selfish plug for a new project I’ve started with Jeff Nichols. We’ve been describing EC Squared (also on twitter and facebook) as “a freewheeling conversation about nature and place grounded in the Emigration Creek watershed.” Of course we realize that doesn’t mean very much at all. Essentially, we’re hoping to start and nurture a discussion of what it means to live here in this place, and how that place exists in the broader world around us. BlogWest has (for me) served as a model. Feel free to have a look around, leave a comment. We view the boundaries of “grounded in the Emigration Creek watershed pretty broadly, so if you have a piece of writing/photo essay/etc you’d like to share, we’d love to hear the pitch.

“What Marriage Equality Means In A Red State Obsessed With Marriage And Family” (BuzzFeed) and“Op-ed: Utah’s stance on existing marriages exposes Amendment 3’s original sin” (Salt Lake Tribune) – The big conversation since Christmas here in Utah has been about marriage equity in the state. In the span of a week we went from placing bets on whether we would have legal marijuana, full strength beer on tap, or marriage equity first. The smart money was on legal marijuana, and it wouldn’t be soon. We were all mightily wrong; suddenly we were celebrating weddings we’d never thought we’d get to see. While the news and legal status of gay and lesbians in Utah remains a moving target, each of these pieces offers some good analysis of the situation. Family matters here. Culture matters here.

“Secretary Jewell’s Year of Action” (Center for Western Priorities) – If President Obama is looking to seize more executive power this year in order to move his agenda forward, he’ll need the help of his agencies. This report from Sec. Jewell and the Department of the Interior spells out what some of those actions may be.

“The Allure of the Map” (The New Yorker) – Again, it’s probably worth noting that I’m a geographer. It’s almost a requirement to have a certain degree of cartophilia, but Casey Cep nicely brings some literature to the table in a reflection on why writers love maps. I’m a sucker for this kind of stuff.

“Bye, Bye, Theory, Goodbye” This week’s book review doesn’t directly pertain to the West, but I think it is relevant to our discussion of the region and our discussion of how we discuss the region. Here, David Winter reviews DN Rodowick’s Elegy for Theory. I’m sure I sound like a social scientist when I say it, but it’s probably about time we ask just what theory is (and isn’t) good for. What does it (or doesn’t it) do?

“Seeds of Change: The John Muir Exhibit At the Ontario Museum Offers Us a Way Forward” – I admit, if I were putting together an exhibition exploring the life and work of John Muir, his collection of pressed flowers wouldn’t be high on my list of curated objects. Yet, as Char Millar writes, “Perhaps his eye was acute because its focus was on the minute.” If you’re in Ontario, this may be worth checking out.

“Troubled Waters: 21st Century Challenges in the American West, Part I of II | Podcasts from the SfAA” – This is an older, but fascinating podcast collecting some presentations from the Society for Applied Anthropology. You can listen to Thomas Sheridan, David Groenfeldt, Jason Simms, Kevin Yelvington, Jane Gibson, and BJ Gray discuss regional attitudes and practices regarding water.

“A Million Ways To Die In The West on Devour.com” – I’m posting this without comment … No. I have one comment: “BlogWest is a forum for thoughtful conversation about the history of the North American West.” I’m fairly sure this is not adding to that conversation.