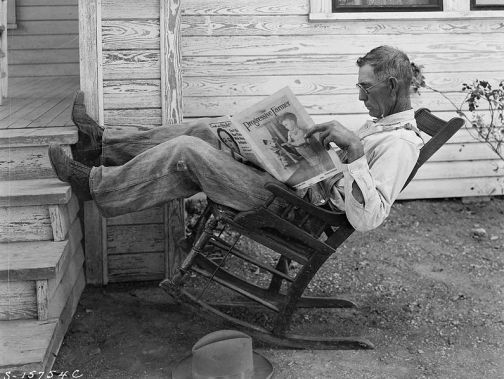 Those of us in academic contexts are winding down. Winter has snuck up on me. Papers are graded. Books are put away. My desk is clean for the first time in months. And suddenly it’s properly cold. The days are short. I didn’t notice so much when I was holed up in my basement office. But now I notice how quick the sun sets. It’s quiet. We’re getting some much needed snow today. Things are still. Soft. Slow.

For quite a few of this week’s suggestions I’ve returned to some old standbys. H-Net, the New York Times, and NPR all had things worth checking out. You may have already seen them. But remember, even trips on the interstate might hold their own adventures and sometimes even travelers committed to convenience end up stumbling into the brush and get lost in the wilderness. Secrets are buried in the snow. Of course, any good farmer will also tell you that winter is the time to get ready for the summer, so I’ve included some seminars or conferences that are happening this summer that might be of interest.

“the occulture” I have no idea. It reminds me of Calvino and Borges and I love it. I don’t know why. I’m resisting the urge to apologize.

“The Art of Looking at Government Secrets | Motherboard” Trevor Paglen has made an artistic and academic career at looking at things that don’t officially exist. This short film and essay serves as an introduction to his work and his method. Brilliant, scary, relevant, beautiful, and meticulous, Paglen points us to the invisible and forbidden West.

“Life Along the 100th Meridian,” Andrew Moore (photos) and Inara Verzemnieks (text). The New York Times. Ah, the mythical and magical hundredth Meridian. Where eastern agriculture goes to die. Where the West begins. All geographers have a favorite map. Ben Fry’s map of all the streets is unbelievable (Be sure to check out the detailed map of the West). It reinforces my preferred definition of the West: “the place in which there aren’t many roads.” Conveniently, the drop in road density lines up pretty well with the magical line across the continent. The photos are stark and beautiful, even if they are somewhat essentiallizing, aligning with the mythology of the West more than the complex reality.

“Warming Sends A Chill Through Ski Industry.” NPR, Weekend Edition Saturday. When I teach about climate change one of my students inevitably asks me what they should do to prepare. Sometimes this means where should they buy the house to survive the apocalypse, but usually they are looking for practical pieces of advice. We talk for a while about a variety of things, how they can get involved, etc. Then I tell them not to invest in ski resorts.

“Apply for NPIHP’s Spring 2014 Nuclear History Boot Camp | Wilson Center” So much of the history of the West is wrapped up in Nuclear History. What about the future? Hurry, applications are due December 31.

“The Atomic West” Speaking of nuclear… Hang out at Hanford. Think about fission, secrecy, and place. Stipends are available, but it’s only available for k-12 school teachers. This looks unbelievable. I’d do it if I could.

“California’s Gold Rush: Many Contexts, Many Histories” If you are a K-12 teacher and nuclear reactors aren’t your thing? Maybe the Gold R ush is. Sacremento States the place to be.

Hell of a Vision: Regionalism and the Modern American West by Robert Dorman. Reviewed by Erik Altenbernd, Southern California Quarterly.

A Misplaced Massacre: Struggling over the Memory of Sand Creek. Cambridge: Harvard University Press. Reviewed by James Buss for H-AmIndian.